Dr Dre’s wife of 24 years, Nicole Young, is seeking divorce from the Beats Electronics founder, citing irreconcilable differences as the reason for the split. (Picture by Getty Images)

The legal battle between Dr Dre and Nicole Young continues, with the rapper’s want-away wife firing the latest salvo after requesting that his accountant provide financial records for the last decade.

The rapper is fighting the request, noting in his own filing that doing so would compromise his privacy.

Young, who shares two adult children with the rapper, wants a share of his reportedly $850m fortune, the majority of which was accumulated during their time together.

Dr Dre has instead said that hey follow their prenuptial agreement, copies of which Young said Dr Dre had torn up two years into their marriage. The two were married in 1996.

According to The Blast, she has subpoenaed his accountant for all of Dre’s business and accounting records over the last ten years.

The rap mogul argued that doing so would lead to a breach of his privacy.

The rapper has instead offered to give out the couple’s tax returns for the same period.

“We have maintained separate books and records for (Dre) and each of his separate property business entities for the past two decades,” his accountant stated in response to the subpoena. 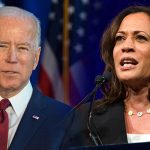