Jason William Mizell, better known by his stage name Jam Master Jay, was an American musician and DJ. He was the DJ of the influential hip hop group Run-D.M.C. (Vince Bucci, Getty Images)

Federal prosecutors have charged two men with the murder of hip-hop legend, Jam Master Jay, 18 years after he was murdered following what they say was a drug deal gone wrong.

According to the prosecutors, Jam Master Jay had struck a deal for the sale and distribution of cocaine with Ronald Washington and Karl Jordan Jr, but pulled out at the last minute.

The two, armed with guns, then went to his studio and fatally shot him in his arm and head.

“This is a case that has been around for a long time,” acting U.S. Attorney Seth DuCharme said at a news conference in New York announcing the charges.

“They walked in and murdered him in cold blood,” DuCharme said. “The charges announced today begin to provide a measure of justice to the family and friends of the victim, and make clear that the rule of law will be upheld, whether that takes days, months or decades.”

The arrest of Jordan and Washington, who is already serving a federal prison sentence stemming from a string of robberies he committed while on the run from police after Jay’s 2002 murder, was welcomed by Run-DMC bandmate Darryl “DMC” McDaniels.

“Although this latest news opens up a lot of painful memories for all of us who knew and loved Jam Master Jay, I’m relieved to hear that 2 suspects have been arrested and charged with his murder,” McDaniels said in a statement. “It’s been a difficult 18 years not having him around while knowing that his murderers were not yet indicted for this heinous crime.”

Jam Master Jay’s family also expressed their elation at the arrests, with son Jesse Mizell thanking authorities for their efforts while acknowledging the family’s continuing pain at his passing.

“Upon hearing this news, we have mixed emotions; we truly hope that these indictments are a solid step towards justice being served in the murder of Jay,” the family said.

“We realize that there are other families out there who have lingering pain who continue to wait for their own closure, and we pray that this case gives them hope. In spite of all the tragedies we’ve seen this year alone, we take comfort in our family, our faith and in time’s ability to heal all. We can only hope that this news brings awareness to the fact that Black lives do matter.” 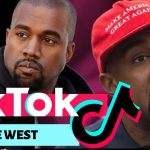 Kanye West ‘disturbed’ by TikTok, and wants to make ‘Jesus Tok’ instead
Next Article 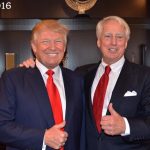