A federal judge has, for two working days at least, delayed the release of a deposition that contains hundreds of pages of potentially incriminating evidence against Jeffrey Epstein’s former sidekick Ghislaine Maxwell.

US District Judge Loretta Preska delayed the unsealing of the records from a 2016 defamation case until Monday, although she declined to block their overall release.

The civil suite whose deposition Maxwell’s legal team is fighting was brought on by Virginia Roberts Giuffre, who claimed she had been sexually molested and kept as a “sex slave” by Epstein with Maxwell’s help. The case was settled in 2017.

Maxwell, 58, was charged by federal prosecutors in early July for allegedly helping recruit, groom and ultimately sexually abuse minors as young as 14 as part of a long running criminal enterprise with Epstein. She also is charged with two counts of perjury.

In its filing, Maxwell’s legal representatives argued that information and records had been improperly handed over to the prosecution team building the case against her.

“Ms. Maxwell’s request for reconsideration hinges on her assertion that new developments, i.e., her indictment and arrest, provide compelling reasons for keeping the deposition transcripts sealed,” Preska wrote in the order.

“But, despite Ms. Maxwell’s contention that she could not address the effect of those events in her objections because they occurred after the close of briefing, this is plowed ground.”

In her ruling last week, Preska said that the public’s right to have access to the information was more important than Maxwell’s discomfort or embarrassment.

“In the context of this case, especially its allegations of sex trafficking of young girls, the court finds any minor embarrassment or annoyance resulting from Ms. Maxwell’s mostly non-testimony … is far outweighed by the presumption of public access,” she said. 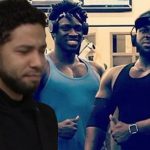 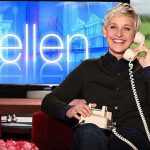