Actress Jaime King has filed for divorce from husband Kyle Newman, bringing the prospects of the end of their 15 year relationship much closer.

King also got a restraining order against Newman, who currently has sole custody of their two sons.

Newman responded to the divorce filing through a representative, saying he was disappointed with how she had gone about the process of terminating their marriage.

“Kyle was deeply saddened by Jaime’s attempt to obtain court orders based solely on false claims without providing him any opportunity to respond.

“As a result, he was extremely pleased that the judge nevertheless permitted their children to remain in his care,” the film director’s spokesperson said.

The spokesperson suggested that King needed to time to put her life in order.

“As Kyle continues to solo parent, as he has done throughout this pandemic, he remains entirely focused on putting the children’s stability and welfare first. Kyle wants nothing but the best for his whole family and hopes that Jaime can find the peace and help she needs.”

The two met on the set of “Fanboys” in 2005 and started dating after they finished production. Three months later, they moved in together.

Newman proposed to the actress in the spring of 2007, and they wed in November of that year during a small and intimate ceremony in Los Angeles. Daily Mast 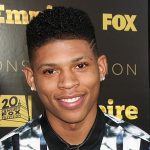 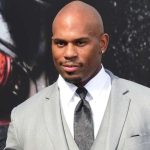