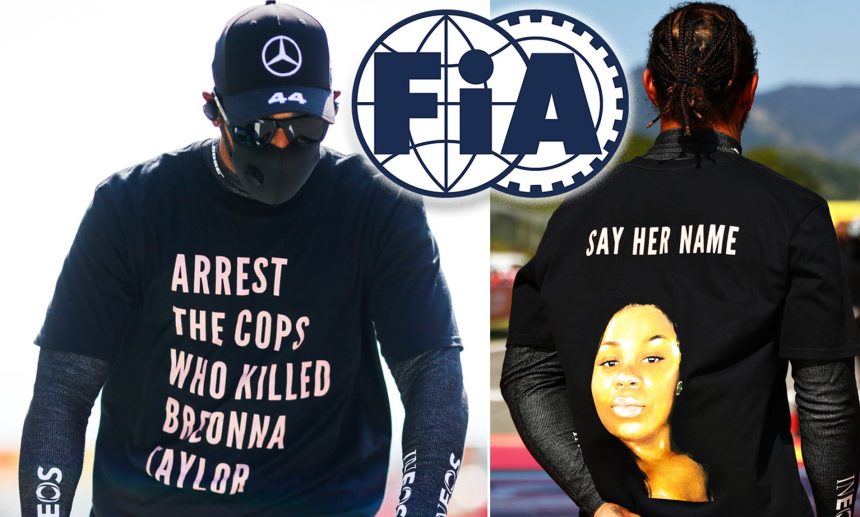 Hamilton took to the podium carrying the slogan: ‘Arrest the cops who killed Breonna Taylor,’ in reference to the black woman who was killed by police in Kentucky in March.

Taylor, a 26-year-old medical technician in Louisville, Kentucky, was fatally shot after her boyfriend opened fire on police during a drugs search at their house on March 13.

Hamilton risked being fined, with one official privately indicating to the Daily Mail that the Mercedes man had ‘crossed a line’.

The FIA and the sport’s owners Liberty Media have previously tried hard to work with him on his anti-racism fight.

A spokesman for Formula 1 said “There will be no further action. We will have a discussion with him and produce clarification (over podium protocol) in the next race director’s notes.’

Hamilton has in the past spoken of his own encounters with racists and racism.

“I’m in a sport which is white-dominated and there is very little diversity, for example. And with everything that happened in the states, it really brought up a lot of emotions for me.”

“A lot of people think it is only happening in the states.  Yes, there is the police brutality in the states but systemic racism is across the world.” 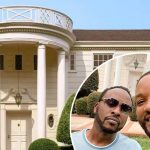