British Prime Minister Boris Johnson said he spoke to U.S. President-elect Joe Biden on Tuesday about working together on tackling climate change and recovering from the COVID-19 pandemic.

Mr Johnson, who has never met the president-elect, said he discussed his hopes of being able to strengthen UK-US co-operation in areas like climate change, which will be high on his agenda next year as Glasgow hosts the international COP26 summit.

And he cited the “building back better” slogan used by both Mr Biden and himself to promote their plans to use investment to drive economic recovery from the coronavirus crisis.

“I just spoke to @JoeBiden to congratulate him on his election,” Johnson said in a tweet.

“I look forward to strengthening the partnership between our countries and to working with him on our shared priorities – from tackling climate change, to promoting democracy and building back better from the pandemic.”

Johnson has risked being left red-faced after his message of congratulations to president-elect Biden was found to have retained traces of Donald Trump’s name.

Joe Biden in Kenosha after talking to Jacob Blake and…

“I got more money than Trump” – Kanye West…

“Congratulations to Joe Biden on his election as President of the United States and to Kamala Harris on her historic achievement. 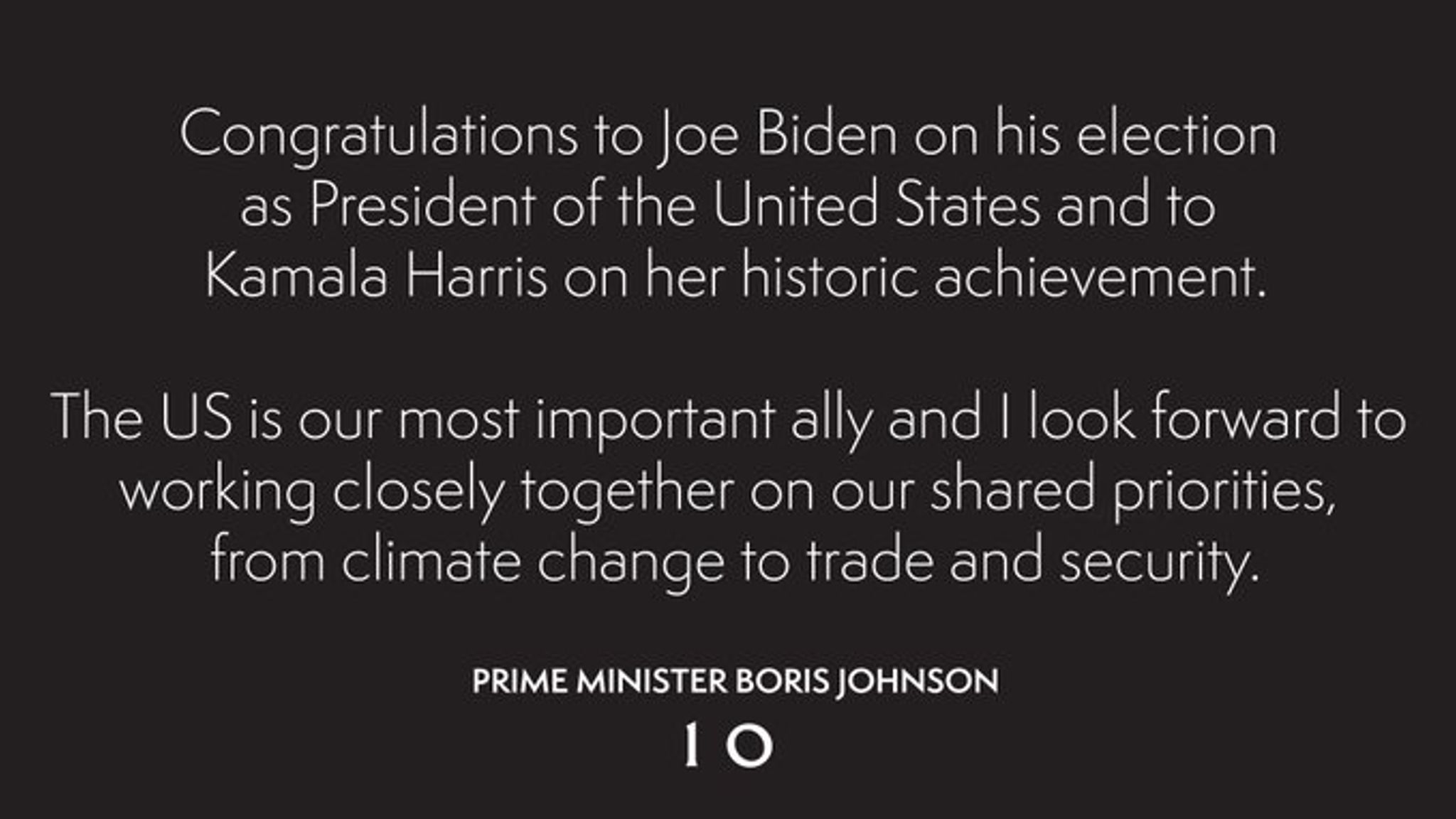 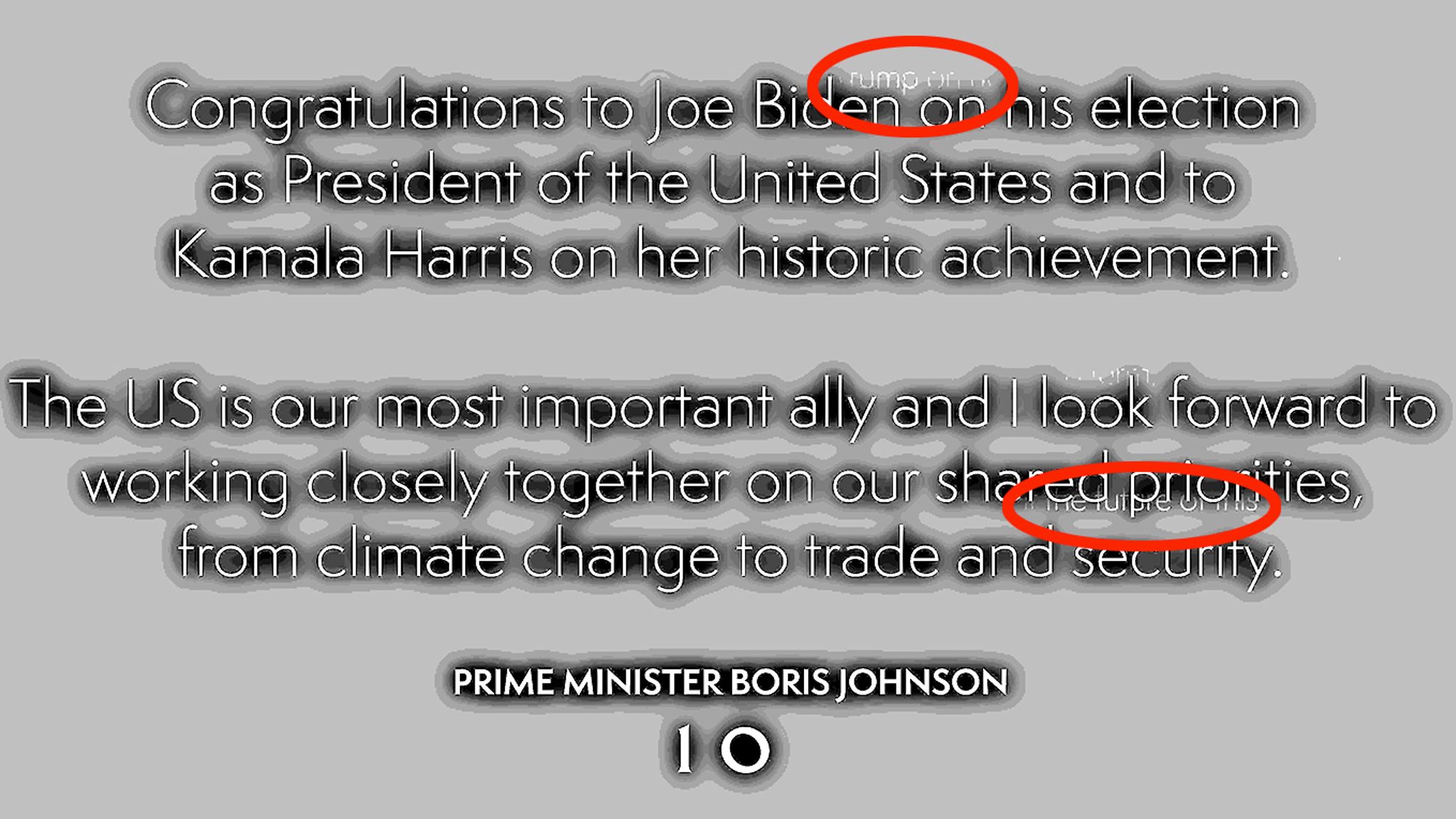 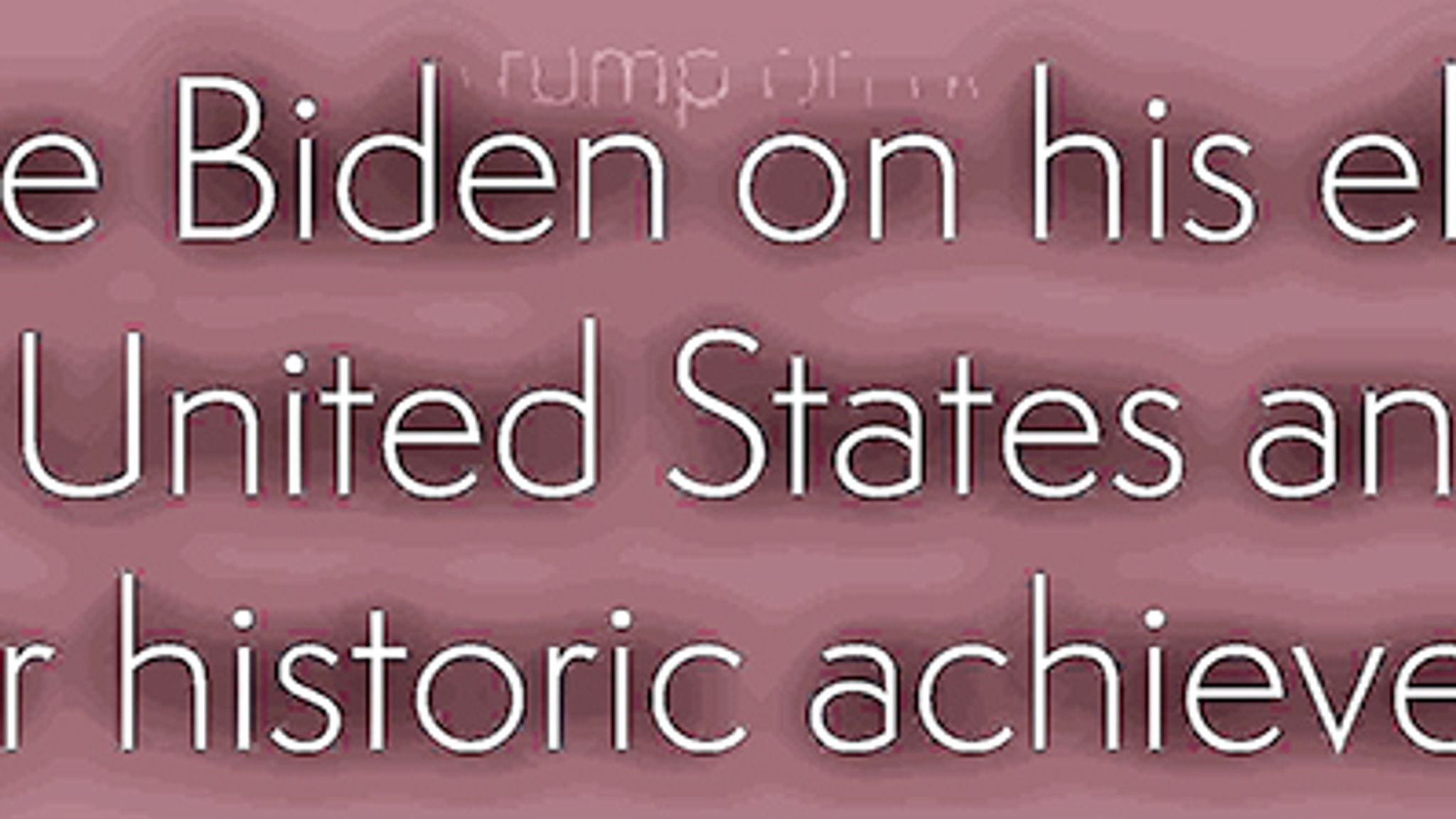 However, it has since been spotted that altering the brightness and contrast of the graphic reveals the outline of what appears to be a previous statement.

Above the word “Biden” the word “Trump” can be seen, while the outlines of other words can also be found.

A government spokesperson said: “As you’d expect, two statements were prepared in advance for the outcome of this closely-contested election.

Rapper 21 Savage in mourning after brother stabbed to death…

Most Read this Month

Rapper 21 Savage in mourning after brother stabbed to death…

We use cookies to ensure that we give you the best experience on our website. If you continue to use this site we will assume that you are happy with it.Ok