Cardi B has deactivated her twitter account following criticism of her decision to get back with her on-off husband, Migos rapper Offset.

Cardi B filed for divorce from him last month in Atlanta as she stated in her court documents that ‘no prospects for a reconciliation’ with Offset exist.

Cardi also requested child support, legal costs and custody of their toddler in the divorce case which was slated to come before a court on November 4.

However, before the case has even been heard, the WAP rapper is seemingly back in her husband’s arms.

Announcing the decision to shut down her twitter account, Cardi said she was tired of listening to criticism of her life choices.

“A whole bunch of 15-year-olds telling me how to live my life like I’m mother f…. g Ariana Grande or something. Like I came from Disney or something,” she said in the video.

“I’m so tired that because of y’all I’ve gotta continuously explain myself,” she added.

“I didn’t put my divorce out there, a f…g court clerk put it out there. And because people are making rumours up, ‘Oh, this guy has a girl pregnant,’ this and that, I have to address it.”

Cardi also expressed her disgust at people that are hounding Offset.

“You guys want to be harassing this n**. Bro, if I work things out, why are you going to this n**’s Twitter to harass him? That shit don’t make no f…g sense,” she said, going on to point out that this behaviour was coming from her “fans”.

“I’m tired of it. I do whatever the f..k I want to do. Like I love my fans and I’m grateful and thankful for what you do but some of y’all really be acting like I be sleeping with y’all,” she said. 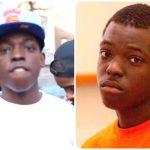 Rapper Bobby Shmurda denied parole.. will have to serve entire sentence
Next Article 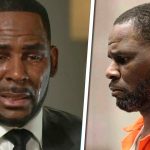