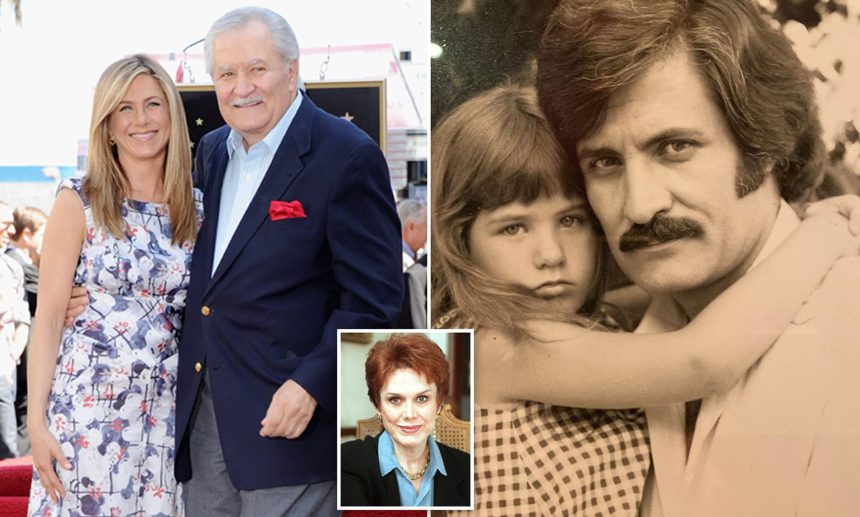 Days of Our Lives star John Aniston has died. He was 89. The veteran actor, who was also Jennifer Aniston's father, was best known for portraying Days' Victor Kiriakis starting in 1985.

Days of Our Lives star John Aniston has died. He was 89.

The veteran actor, who was also Jennifer Aniston’s father, was best known for portraying Days’ Victor Kiriakis starting in 1985. On Monday, the Friends alum announced that her father passed on Nov. 11.

“Sweet papa…⁣ John Anthony Aniston,” she captioned a set of photos of the pair. “You were one of the most beautiful humans I ever knew. I am so grateful that you went soaring into the heavens in peace — and without pain. And on 11/11 no less! You always had perfect timing. That number will forever hold an even greater meaning for me now 🕊️I’ll love you till the end of time💔⁣”
⁣
Jennifer concluded the post, “Don’t forget to visit 💫🤗❤️”

In response to his passing, Days of Our Lives also posted a sweet tribute video highlighting his time on the series.

“Our hearts are broken over the loss of our beloved family member John Aniston,” the series said in a statement shared on Twitter and Instagram. “We love you John. Your legend will live on.”

John Aniston was born Yannis Anastassakis in Crete, Greece, and emigrated with his family to Pennsylvania when he was a child.

His best known role was Victor Kiriakis in Days Of Our Lives, but his credits also included Search for Tomorrow, The West Wing and Gilmore Girls.

His performance of Victor was recognised in 2017 when he was nominated for the Daytime Emmy Award for outstanding supporting actor in a drama series. And earlier this year, John was awarded the Daytime Emmy lifetime achievement award for his role on the show.

In addition to Jennifer, who John shared with his first wife and fellow actor Nancy Dow, John also had a son, Alexander, with his second wife Sherry Rooney.