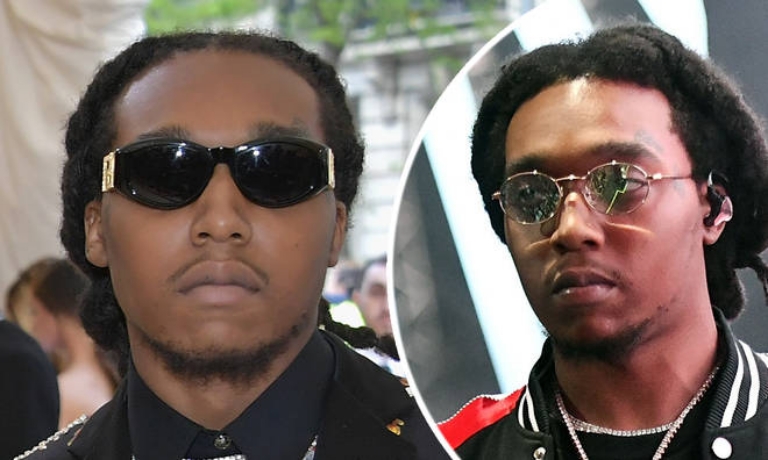 Rapper Takeoff, from the chart-topping band Migos, has been shot and killed in Houston, according to US media reports.

Rapper Takeoff, from the chart-topping band Migos, has been shot and killed in Houston, according to US media reports.

Police told Variety magazine the rapper was killed at a bowling alley in where he was playing dice with his uncle and bandmate, Quavo, on Tuesday morning.

The star, whose real name was Kirshnik Khari Ball, was 28 years old.

Migos were one of the most influential groups of their generation, pioneering a style of rapping in choppy, staccato triplets known as the “Migos flow”.

The band, who split earlier this year, scored several international hits including Bad and Boujee, Versace and Walk It Talk It.

The shooting took place at about 02:30 local time (07:30 GMT) on a balcony outside the 810 Billiards and Bowling Alley in Houston.

Police said 40 to 50 guests had been at a private party at the venue, when someone started shooting. Security guards in the area heard the shots but did not see who opened fire.

When they arrived, officers said they located a large crowd and a man with a gunshot wound to the head or neck. He was pronounced dead at the scene.

Police say they are studying CCTV footage of the incident and are appealing to the public for information.

Takeoff had earlier posted photos of himself at the bowling alley to Instagram. Pictures of the crime scene shared on social media appeared to show a man wearing similar clothes lying on the ground.

Reports that Quavo was also injured in the incident have not been confirmed. Police said two other victims were driven to hospital in private vehicles. BBC News