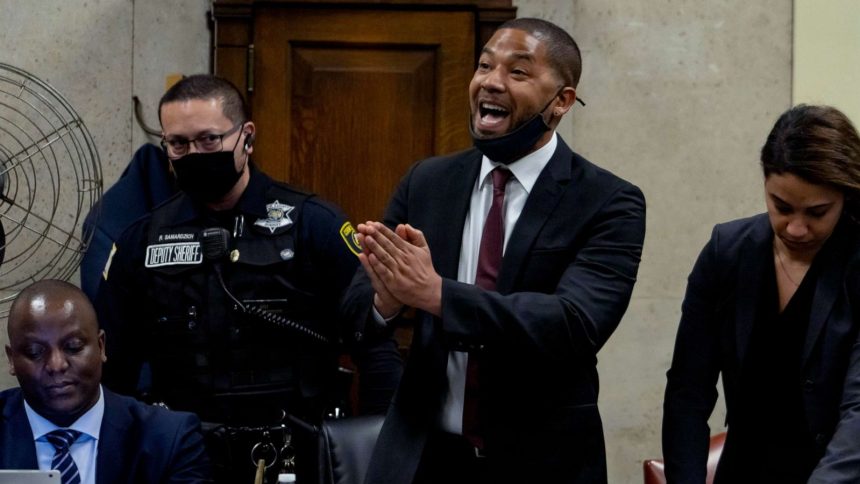 US actor Jussie Smollett has been sentenced to 150 days in jail after a jury found he lied to police about being the victim of a hate crime.

The former Empire star, 39, was found guilty in December of five charges of felony disorderly conduct after making false reports about the hoax attack.

Following the sentence, Smollett said: “I did not do this!”

The trial stemmed from an incident three years ago when Smollett said he was attacked by two assailants.

The actor, who is black and gay, said the attackers shouted slurs at him and a Trump slogan, dumped a “chemical substance” on him and tied a noose around his neck while he was walking late at night in January 2019.

Authorities opened an investigation, but in February of that year, police charged Smollett with filing a false police report, alleging he had staged the assault.

At trial last year, a jury of six men and six women heard from brothers Abimbola and Olabinjo Osundairo, who testified Smollett paid them to orchestrate the attack and paid them $3,500 to carry it out.

Smollett faced up to three years in prison for each of the five counts. The first 150 days of his probation will be spent in custody, beginning immediately.

Throughout the trial, Smollett maintained that he had been the victim of a crime.

In court on Thursday, his defence team again asked that the case be thrown out or declared a mistrial, citing a previous prosecutor’s 2019 promise to drop the charges.

Prosecutors characterised the effort as “finger-pointing and scapegoating”.

Additionally, the judge heard from several witnesses who testified on Smollett’s behalf in a bid for leniency. Letters were also read from the likes of civil rights leader Jesse Jackson and actor Samuel L Jackson.

“Jussie should not be incarcerated,” his brother Joel said. “He is not a threat to the people of Illinois.”

A victim impact statement on behalf of the Chicago Police Department read in court said police officers had committed more than 30 officers to the investigation – spread over 1,426 regular hours and 1,837 overtime hours.

They had interviewed dozens of witnesses, watched thousands of hours of surveillance videos and gone door-to-door during Chicago’s Polar Vortex – one of the coldest periods in the city’s history, it said.

“There is nothing that I can do here today that can come close to the damage you’ve already done to your own life,” Mr Linn told Smollett. “You’ve turned your life upside down by your conduct and shenanigans.”

“You’re just a charlatan pretending to be a victim of a hate crime, and that’s shameful,” Mr Linn later added.

Following the sentencing, Smollett left the courtroom with a raised fist, and exclaimed: “I am innocent, and I am not suicidal.”

“If I did this, then it means that I stuck my fist in the fears of black Americans in this country for over 400 years and the fears of the LGBT community,” he said. “But I did not do this.”

Smollett’s acting career stalled after the incident. He lost his role as a singer-songwriter in the final season of Empire, a Fox television hip-hop drama. 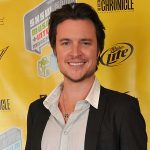 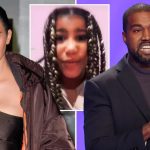