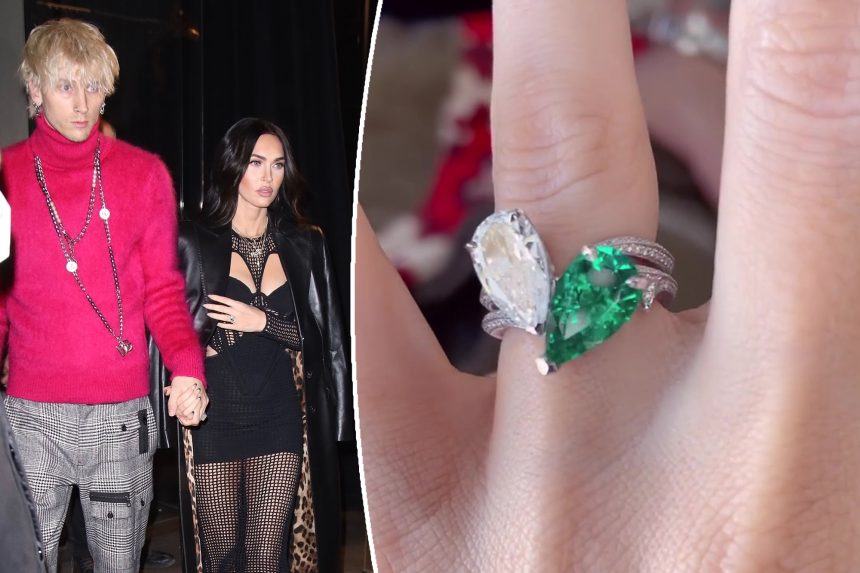 Rapper Machine Gun Kelly did not only spend $340k on an engagement ring, he also customized it with thorns so that it hurts when Megan Fox takes it off.

The couple announced their engagement last week and now MGK has opened up explaining more about the unusual design of the ring.

In an Instagram post MGK real name Colson Baker explained in a video caption that he designed the ring together with Stephen Webster.

The ring features an emerald Fox’s birthstone and a diamond, his birthstone.

The stones are “set on two magnetic bands of thorns that draw together as two halves of same soul forming the obscure heart that is our love.”

In an interview with Vogue, MGK gave a detailed explanation of ring.

“The concept is that the ring can come apart to make two rings. When it’s together, it’s held in place by a magnet,” said MGK.

“So you see how it snaps together? And then it forms an obscure heart. And you see this right here? The bands are actually thorns. So if she tries to take it off, it hurts… Love is pain!”

MGK explained that they decided to share news of their engagement to “control the narrative.”

“As opposed to someone just catching a weird cell phone picture of a ring on our hand and being like, ‘whoa!'” he explained.

“But yeah, I didn’t expect it. I just recorded it on my cell phone. And it wasn’t like we had photographers or anything. It was just like me setting my phone against a cup.”

The Hollywood based couple met on the set of their crime thriller “Midnight in Switchgrass” in March 2020. 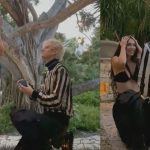 Megan Fox and MGK are engaged, celebrate by ‘drinking each other’s BLOOD’
Next Article 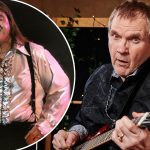