Rapper Tyga is being sued by his landlord for failing to pay up his rent and allegedly ‘trashing’ the Beverly Hills crib he was living in for a year. The 30-year-old rapper – who used to date Kylie Jenner and has a son with Blac Chyna – is no stranger to problems with landlords.

In documents obtained by TMZ and other news outlets, the landlord claims Tyga left gouges in the kitchen’s white oak flooring ($27,650), damaged marble flooring and counters (15,575) and damaged wall mural and wallpaper ($103,160.25).

Adding to the complaints list the landlord said Tyga installed a basketball hoop which damaged the driveway and also destroyed locks.

The Landlord who has not been named, says he never gave Tyga the permission to install anything. The landlord is now demanding more than $200k from Tyga for breach of contract.

This comes after the landlord tried to reach out to Tyga in May but failed to reach common ground after the rapper refused to play ball.

Failure to make rental payments is not new to Tyga as he was sued back in 2018 after he failed to pay rentals at a home in Beverly Hills. 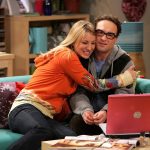 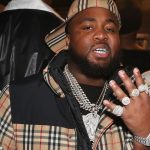