The announcement that Bruce Willis was stepping back from acting because of cognitive difficulties came as no surprise to people who have worked with the action hero, reports said.

Family this week revealed the star of the “Die Hard” franchise has been diagnosed with aphasia, a disorder that affects the use and understanding of language.

Filmmakers who have collaborated with 67-year-old Willis told the Los Angeles Times that his decline has been apparent for some time.

Some of those the paper spoke to described upsetting moments on set where the “Unbreakable” actor appeared not to be fully aware of his surroundings, and would have trouble with his lines — even as producers ordered the script to be shortened to accommodate him.

Director Mike Burns, who helmed “Out of Death,” one of 22 films Willis has made in four years, said he quickly saw that the “Moonlighting” star was having problems.

“After the first day of working with Bruce, I could see it firsthand and I realized that there was a bigger issue at stake here and why I had been asked to shorten his lines,” Burns said, according to the Times.

Jesse Johnson, director of low-budget film “White Elephant,” said the Willis he met when shooting started last year was a different person from the man he had worked with decades earlier.

“It was clear that he was not the Bruce I remembered,” Johnson said.

The Times reported that crew members on the film recalled Willis saying: “I know why you’re here, and I know why you´re here, but why am I here?”

“After our experience on `White Elephant,´ it was decided as a team that we would not do another,” Johnson said, of being approached to collaborate with Willis on another movie.

“We are all Bruce Willis fans, and the arrangement felt wrong and ultimately a rather sad end to an incredible career, one that none of us felt comfortable with.”

Willis has been a major box office draw since the original “Die Hard”, when his hard-bitten cop John McClane burst onto screens in a hail of gunfire and explosions.

Over a career that spanned decades, he pulled in eight-figure paychecks for movies like “Look Who’s Talking” and “Armageddon.”

Those box office smashes meant that even a fleeting late-career appearance in a low-budget or straight-to-video film would ensure a market, both in the United States and abroad.

The Times reported that the churn of recent films would often see him paid $2 million for just two days’ work.

Fans questioned why there were so many movies of questionable quality.

The Razzies, a tongue-in-cheek award that acts as counterpoint to the Oscars, even created a special category this year: “Worst Performance by Bruce Willis in a 2021 Movie.”

The organization on Thursday said it was rescinding the award because of Willis’s recently disclosed diagnosis.

“He is one of the all-time greats, and I have the utmost admiration and respect for his body of work, but it was time for him to retire.”

Tributes to the star continued to pour in Thursday.

“Sixth Sense” co-star Haley Joel Osment said Willis was “a true legend who has enriched all of our lives with a singular career that spans nearly half a century.

“I am so grateful for what I got to witness firsthand, and for the enormous body of work he built for us to enjoy for years and years to come.” 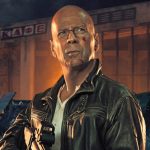