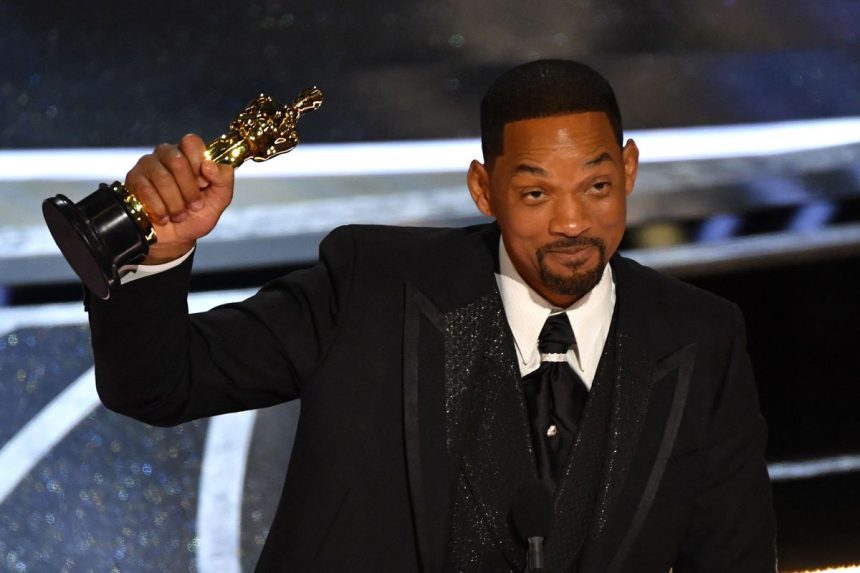 Will Smith’s best actor Oscar for “King Richard” on Sunday is the crowning glory of a wide-ranging showbiz career for the former “Fresh Prince” — but the night is likely to be remembered more for him slapping comedian Chris Rock on stage.

The charismatic 53-year-old rapper-turned-actor received the movie world’s highest honor for his portrayal of the father of tennis greats Venus and Serena Williams in Warner Bros’ sports biopic drama.

He bested two former winners — Javier Bardem (“Being the Ricardos”) and Denzel Washington (“The Tragedy of Macbeth”) — and two past nominees, Benedict Cumberbatch (“The Power of the Dog”) and Andrew Garfield (tick, tick… BOOM!).

“I want to say thank you to Venus and Serena and the entire Williams family for entrusting me with your story,” said Smith.

But the acceptance speech came just minutes after Smith, apparently incensed by a joke about his wife Jada Pinkett Smith’s hair-loss condition, had climbed onto the Oscars stage and struck Rock, stunning the crowd and viewers at home.

With tears streaming, Smith compared his own actions to those of Richard Williams, who coached and managed his daughters to remarkable tennis success.

“Richard Williams was a fierce defender of his family,” said Smith.

Smith has previously said he “fell in love” with Williams more than two decades ago, after watching him leap to then 14-year-old daughter Venus’s defense in an interview with an overly insistent journalist.

That interview prompted Smith to take on the role, and the actor reflected Sunday during his winner’s speech on how “art imitates life.”

“I look like the crazy father, just like they said about Richard Williams. But love will make you do crazy things,” he said.

Sunday’s win was third time lucky for the Hollywood A-lister, who was previously nominated but missed out on Oscars in 2002 for boxing biopic “Ali” and “The Pursuit of Happyness,” another fatherhood tale, five years later.

Born in Philadelphia in September 1968, Smith was a solid student who could have gone to college but instead chose to pursue a career in music, forming part of the hip-hop outfit DJ Jazzy Jeff and the Fresh Prince in 1985.

The duo found commercial success and eventually won two Grammys, but financial difficulties turned Smith toward acting, and he found a starring role in the hit series “The Fresh Prince of Bel Air.”

The sitcom, which featured Smith as a teenager from a troubled neighborhood who is sent to live with rich relatives in California, ran for six seasons and established its star as a bona fide acting talent.

It was during this period that Smith won his first movie roles, confirming his status as one of Hollywood’s emerging talents with a lead in the action movie “Bad Boys” alongside comic Martin Lawrence in 1995.

And he was tackling extraterrestrials again with the blockbuster “Men in Black” in 1997 — a year in which his smash-hit debut solo album “Big Willie Style” was released, eventually selling over six million copies.

Yet the critical success of his early movies was followed by the panned “Wild Wild West” (1999), which did brisk business at the box office but was described by Smith as a failure.

The failure was even more disappointing considering that Smith had passed on the opportunity to play Keanu Reeves’s character in 1999’s “The Matrix,” the first in what is now a money-spinning series of four films.

The end of the 1990s and the beginning of the next decade saw Smith branch out into more serious films such as “Enemy of the State” and “The Legend of Bagger Vance.”

He won his first Oscar nomination for his portrayal of heavyweight boxer Muhammad Ali in Michael Mann’s 2001 film “Ali” before reprising his earlier successes with sequels to “Bad Boys” and “Men in Black.”

Smith did not forget his comic roots, and was back on form in the romantic box office hit “Hitch” in 2005.

The following year, he starred in “The Pursuit of Happyness,” with Smith giving a moving Oscar-nominated performance opposite his son Jaden, one of two children he has with Jada, his second wife.

Since then, Smith has signed up for more “Men in Black” and “Bad Boys” sequels, as well as trying his hand at Hollywood’s superhero craze with “Hancock” and “Suicide Squad.”

The biggest box office hit of Smith’s career came with his role as the genie in Disney’s live-action “Aladdin” remake in 2019, while he has also continued to star in original sci-fi fare such as “I Am Legend” and “Gemini Man.”

But there had been more critical misses than hits until “King Richard,” which earned Smith some of the best reviews of his career.

Plotting the improbable rise of Serena and Venus Williams from training on crumbling tennis courts in gang-riddled Compton to becoming all-time sporting greats, the film casts Smith as their larger-than-life father, coach and manager.

Filmmakers initially planned to put Smith in full prosthetics to closely resemble Williams, but eventually relied on his acting alone to win over the audience.

“He would just slide into Richard Williams, which has all of that exuberance of Will Smith, but this whole other side of his character — it was startling to see,” said co-star Tony Goldwyn. 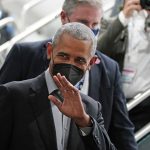 Barack Obama tests positive for Covid-19, says he is ‘feeling fine’
Next Article 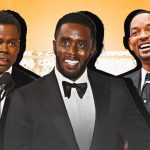